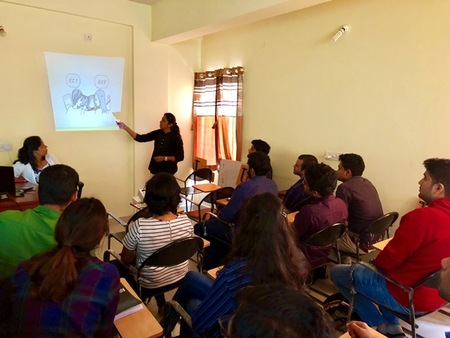 Human Resocia’s GIT service recruits IT engineers from all over the world and dispatches them to companies in Japan as long-term, full-time employees. To recruit experienced and talented engineers, Human Resocia has dramatically expanded recruitment in India by collaborating with top engineering universities and holding career seminars nationwide where prospective candidates can learn more about career opportunities in Japan.

GIT Training Centers have been established in six cities: New Delhi, Mumbai, Pune, Bangalore, Hyderabad, and Chennai. These are all areas where the IT industry and IT talent are concentrated and show continual growth and development.

The GIT program applies the know-how of Human Academy Japanese Language School (a Human Group company) which has 30 years of experience in Japanese language training. Participants can quickly and efficiently acquire the Japanese language communication skills they need to work successfully in Japan. In addition, engineers are trained in Japanese corporate culture so that they can immediately flourish in the Japanese working environment.

Human Resocia is already successfully hiring IT engineers and providing Japanese language training in Asian countries such as Myanmar, Bangladesh, and Sri Lanka. Following the opening of the six centers in India, there are plans to open more GIT Training Centers in other regions such as North and South America.

Since Human Resocia was founded in 1988, it has expanded to 28 locations in Japan offering extensive human resource services which include temporary staffing, recruitment, and outsourcing. The growing Global IT Talent service recruits the best IT engineers from over 40 countries across the globe and provides them with exciting career opportunities in Japan.